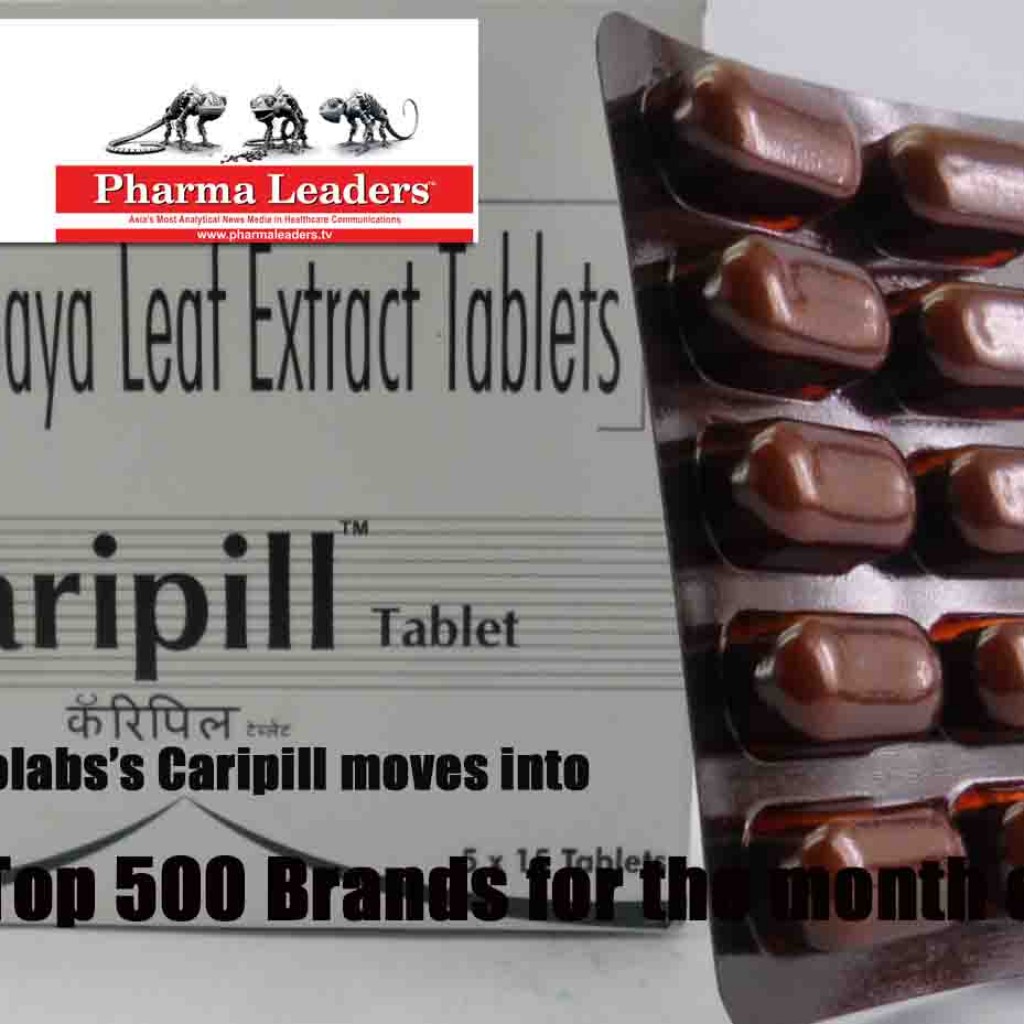 Bengaluru-based Micro Labs, a fully integrated pharma company recently launched Caripill, which helps to increase the platelet count in patients suffering from dengue.  Approved by the scientific and regulatory authority, the pill is made from Carica Papaya leaf extract and reportedly does not have any side-effects.  Being a product of extensive R&D and clinical trials conducted by Micro Labs, the pill has proved its safety and efficacy in about one lakh patients across India, claims a company release.

Speaking about Caripill, Dr AC Gowda Fortis Hospital, Bangalore and Principal Investigator, Clinical Trial for Caripill said, “The encouraging results on the dengue patients has shown the immense potential of what Caripill is capable of, that eventually can be administered on patients with other life-threatening diseases, like leukaemia among others, which requires intense chemotherapy leading to loss of platelets.” He added, “After an extensive research across two years conducting clinical trials on 250 patients, we have seen positive results with a dramatic decrease in the haemorrhage condition, besides, none of the patients who are administered the drug have had to undergo blood transfusion so far.”

Caripill costs Rs 25 per tablet with the dosage of administering one pill (1100 mg) three times a day, for five days.

No specific treatment was available for treating dengue, except for some paracetamol tablets (mostly Dolo 650 by Micro Labs) to reduce the fever/ temperature. However, immediately post the fever reduces, the platelets count on blood starts falling leading to serious health consequences. Despite considerable efforts to control the mosquito population, dengue fever has emerged, spread and established itself rapidly. Looking into the limited current modalities of treatment and its affordability to a fewer sections of population, Caripill can be of considerable use.

Ashok Jain, Executive Director, Micro Labs, stated, “Over four decades, we have been successful in manufacturing oral solids, liquids, topical and injectable medication for patients across verticals – diabetology, cardiology, ophthalmology, dermatology, pain/analgesics, etc.  Today, I would like to congratulate our team at Micro Labs for making a remarkable breakthrough in treating moderate to severe dengue cases with the newly introduced Caripill that comes at an affordable cost.”

Dr Nagabhushan KH, VP-Medical Services, Micro Labs, stated, “At present, the popular treatment for dengue is by oral consumption of juice crudely extracted from the non-standardised and unhygienic papaya leaves with no clear dosage specified, that could have a detrimental impact on sufferers. Our new Caripill, has received positive feedback from doctors treating patients with dengue and are confident the usage of the pill can be further extended to treating patients with other life-threatening disorders that require restoration of blood platelets.”  He further added, “The rising number of dengue cases among children, has driven us to introduce a paediatric Caripill syrup for easy consumption and plan to launch it soon.”

Caripill has been made available in all major pharmacies across India.

Reportedly it doesn’t have any side effects. According to the clinical trials, Caripill has shown positive results. A plus point is, none of them had to undergo blood transfusion. And henceforth, they are thinking of utilizing in patients with leukemia who have thrombocytopenia post chemotherapy, in future. As far as I have come across, it costs 25/- per tablet. Presently if we see the limited modalities of treatment, and the fact that it can be afforded only by fewer strata of the society, I think yes, Caripill can be worth it. Yes, caripill has some questions before it is fully accepted as platelet booster. However, given the scenario of dengue where platelet transfusion is the only option for severe depletion, caripill is a worth trying drug. Totally chemical free, I do recommend its usage and have found it to be useful. It defenitely reduced the need for platelet transfusions in some but not in all., to me, it is a worth trying drug but make sure you take it only after your doctor suggests it.Yes Micro Labs has introduced Caripill which is tablet containing leaf extract of papaya (Carica Papaya Leaf extract). It is available in market and many doctors are prescribing & have found it to be useful. However, it is advised to be taken after discussing with your doctor. One should know when to start taking Caripill (ie at what level of platelet count) and doctors are best to judge. You can contact Micro Labs @ +919845855122 by sending a message with your details and a request to call back. Caripill Cell will call back with more information.