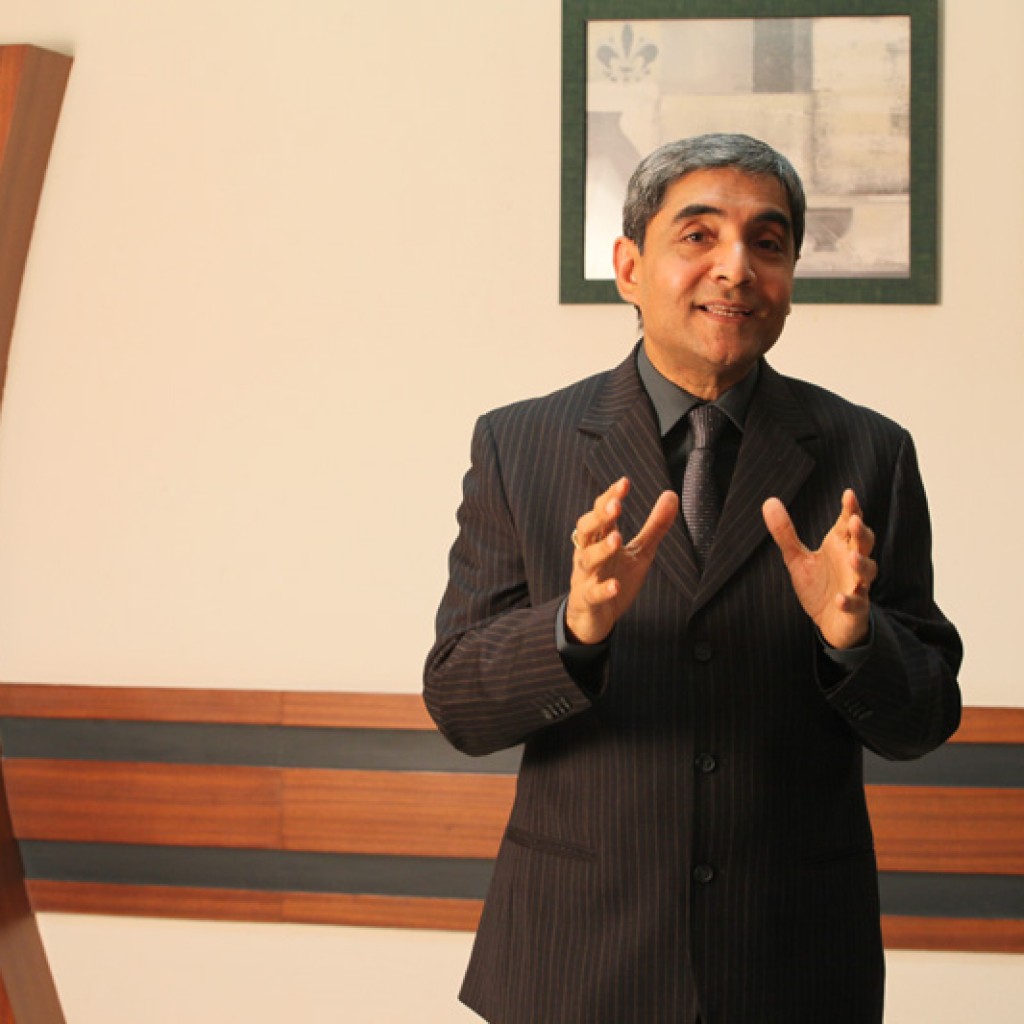 Mumbai, Maharashtra, India. Indian origin Life Force, run by Homoeopathy India Pvt. Ltd. (HIPL) in India received the most prestigious title of “India’s Fastest Growing Homeopathy Clinic 2015″ & the veteran Homeopath Dr. Rajesh Shah whose illustrious 30 years of career in spreading the ancient alternative medicine, the treatment process of administering in chronic diseases & making it successful both India & abroad was felicitated as “Most Promising & Homeopathic Doctor 2015”  at the much awaited & prestigious Pharma Leaders Super Brand Awards 2015 where more than 300 healthcare leaders participated at the summit that debated on “Brand India Winning”.

Prominent Winners included Dr. Huzaifa Khorakiwala of Wockhardt, Mr. Varun Khanna of BD India, Cardiologist Dr.Kaushal Pandey, Emcure Pharma, Slim Sutra, Bajaj Allianz, Abbott India, Hinduja Hospitals etc. Dr. Rajesh Shah, the founder of Life Force, who could not make it to receive the award in person said ” This is a big moment for the entire team member of Life Force in general & me in particular as the years of our practice & treating many complicated chronic ailments through our unique treatment process paid rich dividends, i am sure the world is now beginning to look at  Homeopathy in a much different way as there are many breakthrough innovations have taken place & Life Force itself has filed patents for its original research & innovations”.

Dr. Rajesh Shah, M.D.(Hom.) practices in Mumbai, India. He has studied homeopathy intensively for over thirty years, since 1980. Dr. Rajesh is an internationally acclaimed physician, researcher and teacher. Over the years he has conducted seminars and workshops for the practitioners and the students in England, Holland, Belgium, Czech Rep., Greece, Sweden, U.S.A., Ireland, Croatia, Norway, Japan, India, etc.Dr. Shah has an uncommon strength of having a research base in his clinical environment. He has worked on many new therapeutic molecules; some of them have been granted patents while some of them are international patent pending. He is a hardcore researcher + clinician + teacher + promoter of homeopathy.Dr Shah presents a modern and scientific face of homeopathy. His huge practice supported by clinical research based data, statistics and scientific documentation, makes it unique in the homeopathic world. He not only presents the ‘new face’ of modern homeopathy; but also responsible for ‘new phase’ in homeopathy. His global clinic in Mumbai is visited by patients from all over the world.

His team of fifteen full time doctors and other support staff not only offer the best of homeopathic treatment but rather set international standards in Good Homeopathic Medical Practice (GHMP).Dr Shah has a distinction of having treated eminent patients from various faculties such as scientists, medical doctors, researchers, diplomats, royal families, ministers, film celebrities, professors, high profile government officers, etc. from many countries. At the same time, he is easily accessible to all patients.He is director of Homoeopathy India Foundation, editor of Homoeopathy Times, and author of My Experiences with Ferrum Metallicum and Lichen Planus and its Homeopathic Treatment (2003), Urticaria and its Homeopathic Treatment(2008) and Vitiligo treatment (2013).. He was an honorary visiting lecturer and physician at CMPH Medical College and Hospital, under Bombay University. He had been interviewed on several occasions over the television in Bombay, London, New York, etc. He has contributed many scientific papers on homeopathy, published in various international journals. He has introduced new concepts in the field of homeopathy useful to the medical professionals. He is largely engaged into research exploring the role of homeopathy for the treatment of difficult diseases. Dr. Rajesh has been featured in the Limca Book of Records for treating patients from 177 countries, as on July, 2011.

In January 2009, Dr Rajesh Shah was conferred upon with“Star Entrepreneur Award” for “Making Innovation Work in Today’s Times” by Indira International Innovation summit, under care of Indira group of Engineering and Management colleges.On the occasion of International seminar on the 22nd Aug, 09 at Katmandu, Nepal Dr. Rajesh Shah was conferred with International Status Award by Economic Growth Society of India, for excellent performance and outstanding contribution for the progress of nation and worldwide.On 29th Sep, 09 Dr Rajesh Shah was conferred with Bhartiya Chikitsak Ratna Award by Center of Educational Development Research, Pune for National Economic Growth through Individual Contribution. Currently, Dr Shah is involved in several research projects, some of them include clinical trials on HIV, Hepatitis C, Psoriasis, Vitiligo, the homeopathic pathogenetic trials, etc. His prime interest is Basic research on ultra-dilutions.

Dr Shah couple has traveled a journey of 29 years (2014). Dr Rajesh Shah is Organizing Secretary of Global Homeopathy Foundation. He is engaged in organizing World Homeopathy Summit on Recent Advances in Scientific Research, on 11-12 April, 2015, in Mumbai. This unique conference will bring over 20 scientists from nine countries, who have done fundamental research in homeopathy.
Dr Rajesh Shah is member of the following special committees constituted by Central Council for Research in Homeopathy (CCRH- under Ministry of AYUSH, New Delhi, Govt. of India.Special Committee for Drug Standardization Special Committee for Human Pathogenetic Trial (Drug Proving)

Dr. Rupal Shah, M.D.(Hom.) is a dynamic homeopath, graduated from CMPH Medical College. She is involved in active global practice. Dr. Rupal and Dr. Rajesh form a dedicated team who has ventured into visualizing and implementing global homeopathy projects. They are devoted to homeopathy in the areas of education, practice, promotion and research. They have been working on several research projects. They are working with a sole aim to bring homeopathy close to the mainstream medicine. Dr. Rupal and Dr. Rajesh have contributed a chapter on homoeopathy for the HSC textbook in Australia. Dr. Shah couple has been working hard to make homeopathy globally available.Dr Rupal is a companion with Rajesh, in the lifelong journey of bringing the best of homeopathy to humanity. Her hard work, professional commitment, sincerity and dedication arise from sheer desire to help patients; which in turn, arise from the spiritual bend applied in life.

Life Force is world leader in homeopathic practice. Life Force is run globally by Life Force Molecules Pvt. Ltd globally and run by Homoeopathy India Pvt. Ltd. (HIPL) in India, under direct care of Dr. Rajesh Shah, M.D. and Dr. Rupal Shah, M.D., globally renowned homeopathic doctor couple. Life Force is amongst Asia’s largest homeopathic clinics, currently treating patients from over 160+ countries (an established world record). ISO certifiedLife Force is worlds first ISO 9001:2008 certified homeopathic clinic with an attached research wing. We have been practicing ISO modalities since 2002, which has made our system much more quality conscious than most others in the world, in the homeopathic practice category. There may be several ISO certified clinics but Life Force is one which is one which has an ISO certification for clinic with a research wing, which is unique. Life Force would like to humbly take credit for being able to spread benefit of homeopathic healing to thousands of families, all over the world. Life Force is working hard to augment the work base, as the task calls for spreading the message of homeopathy to people in every country, every city and every village across the globe. The organization is involved into the areas of global practice, international promotion of homeopathy, education and research.

Life Force has been actively involved in promoting homeopathy all over the world. People from over 170 countries have been reported to receive scientific information on the role of homeopathy for various diseases, through 20+ web sites launched by Life Force giving insights into homeopathy.The homeopathic medical education is significant part of Life Force. Clinical Training courses have been conducted by Life Force in last thirteen years in England, USA, Ireland, Sweden, Norway, Japan, Croatia, etc. Seminars and workshops have been conducted in Belgium, Holland, Greece, Czech Republic, etc. Intense training courses have been conducted every year since 1994, at our centers in Mumbai, which have been attended by doctors from Russia, Egypt, South Africa, Australia, England, Canada, Sweden, Laos, Ireland, USA, etc. Various research projects in the field of scientific homeopathy have been carried out and research has been an ongoing process at our organization. Research in the areas of scientific investigation, newer medicinal measures, fundamental research, clinical trials and statistical studies form vital part of the scope of Life Force. Life Force is setting up a global network of homeopaths whereby classical and scientific homeopathy could be promoted. Life Force has inspired many homeopaths and conventional doctors in many parts of the world; in having high practice standards. Use of technology, paperless and eco-friendly functioning of the clinic are among some of the highlights of Life Force, besides it pioneering in forming a platform to have research in clinic environment.

Pharma Leaders Awards has an established record of leadership in research, innovation and in ongoing improvements to health services through strong healthcare leadership. These Awards seek to recognise outstanding health leadership by an individual or team resulting in positive change across the global health system. Pharma Leaders Awards attempt to  recognize outstanding individual and team contributions across priority areas selected by the Pharmaleaders Jury. The Pharma leaders  Award recognises outstanding leadership, by an individual or Companies for a distinctive recognition in a clear exhibition of top performances in various verticals. The Pharma Leaders Awards has also committed to being the premier award show in  healthcare that sets standards, through industry leaders as judges and navigators as well as critics who know good from great and brilliant from best. Through the Pharma Leaders Awards, we are now seeing outstanding work across the board globally, not only in the conventional media but in new media, digital, viral integrated and interactive. This is what great shows do. Celebrate, recognise and encourage us all to do better is the guiding spirit.