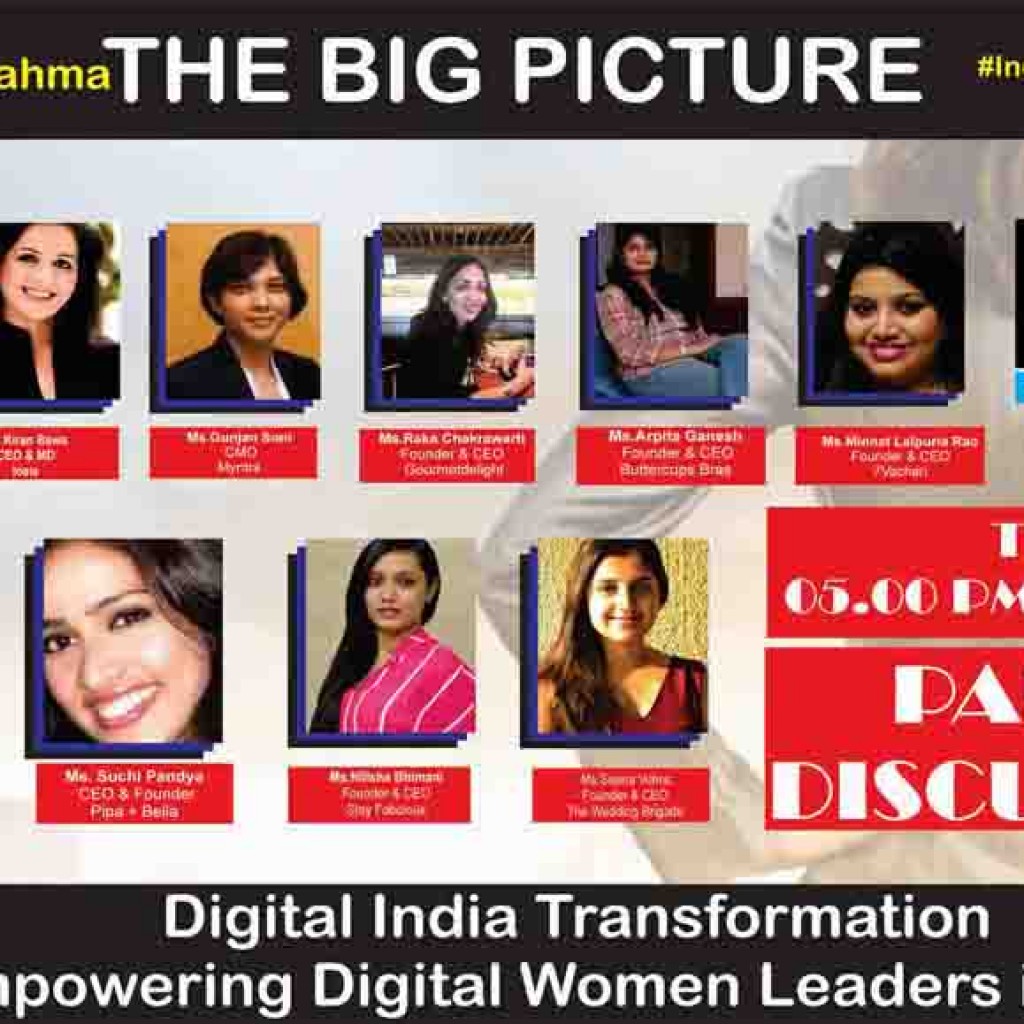 In a major initiative of India Leadership Conclave’s Annual meet currently in its 7th annual edition debating on a theme Advantage India – It is now or never, top guns of the e-commerce & start-up india are set to address the much awaited 7th Annual India Leadership Conclave & Indian Affairs Business Leadership Awards 2016 to be hosted in mumbai on Friday,1st July at Hotel Hilton mumbai, international Airport. The Conclave, widely perceived by the industry leaders as premier leadership meeting point will be attended by more than 300 leaders of the country & is going to set benchmark in leadership empowerment & historic relevance said in a release. “India today stands on the threshold of a new economic power & the mood of the nation specially the start up & Digital India are absolutely electric given the growth & innovations that it set out since last few years, said Satya Brahma, the founder & chairman of the India Leadership Conclave  2016. We are in an exciting phase of innovations & creativity where the young strat up industry specially the mobile revolution is making its mark felt both in india & abroad as a number of innovative start-ups in India such as E-commerce,B2B,Consumer internet, Mobile apps,SaaS  are set to receive more funding in the year 2017 -18 that it received between 2010 and 2014, the infusion of VC and PE increased from US$ 13 mn to US$ 1,818 mn despite the recent drop in investments & the number of start up will increase than it is projected & by 2020 there will be 11,500 firms from 3,100 startups in 2014″. India’s e-commerce players are being duly empowered by the central government’s push specialy Prime Minister Narendra Modi’s flagship Make in India efforts to push for ‘startups’ and ‘Digital India’. The recent declaration of comprehensive policy framework for patents will be a big step as well.

There will also be big challenge in terms of multiple issues that the country is confronting. India is ranked 130th out of 189 economies on the ease of doing business, 133rd on the ease of trading across borders and 157th on the ease of paying taxes & India is ranked 155th in case of starting a business on an average, Indian businesses need to make 33 tax payments annually with around 243 hours spent to prepare and pay taxes in a year & in contrast, China requires just nine tax payments annually, while the US doesn’t trouble its taxpayers more than 11 times annually for tax payments.

At India Leadership Conclave’s ILC Power Brand Awards are the most awaited, credible & prestigious titles conferred to top performers & achievers for bringing a transformational changes in their respective fields while others could not dare to risk & venture into. Indian Affairs Business Leadership Awards also repackaged as ILC Power Brands signifies the importance of a winner whose persistent initiatives in making a change in style, approach & leadership are recognized by the eminent jury members of the Network 7 Media Group. While individual accomplishments in innovation, leadership drive & sustained campaign has driven & impressed the voters in india to chose the top leaders, corporate houses, social organizations, educational institutions & public service firms are selected based on a meticulous selection process & methodology involving the stakeholders, public at large & industry experts. The real thrust is focused on abilities to stay unafraid amidst the uncertain times & unleashing the challenges to make india proud. Indian Affairs Award Winners are those leaders who have a story to tell you of their road to success. We have heard them, have you?