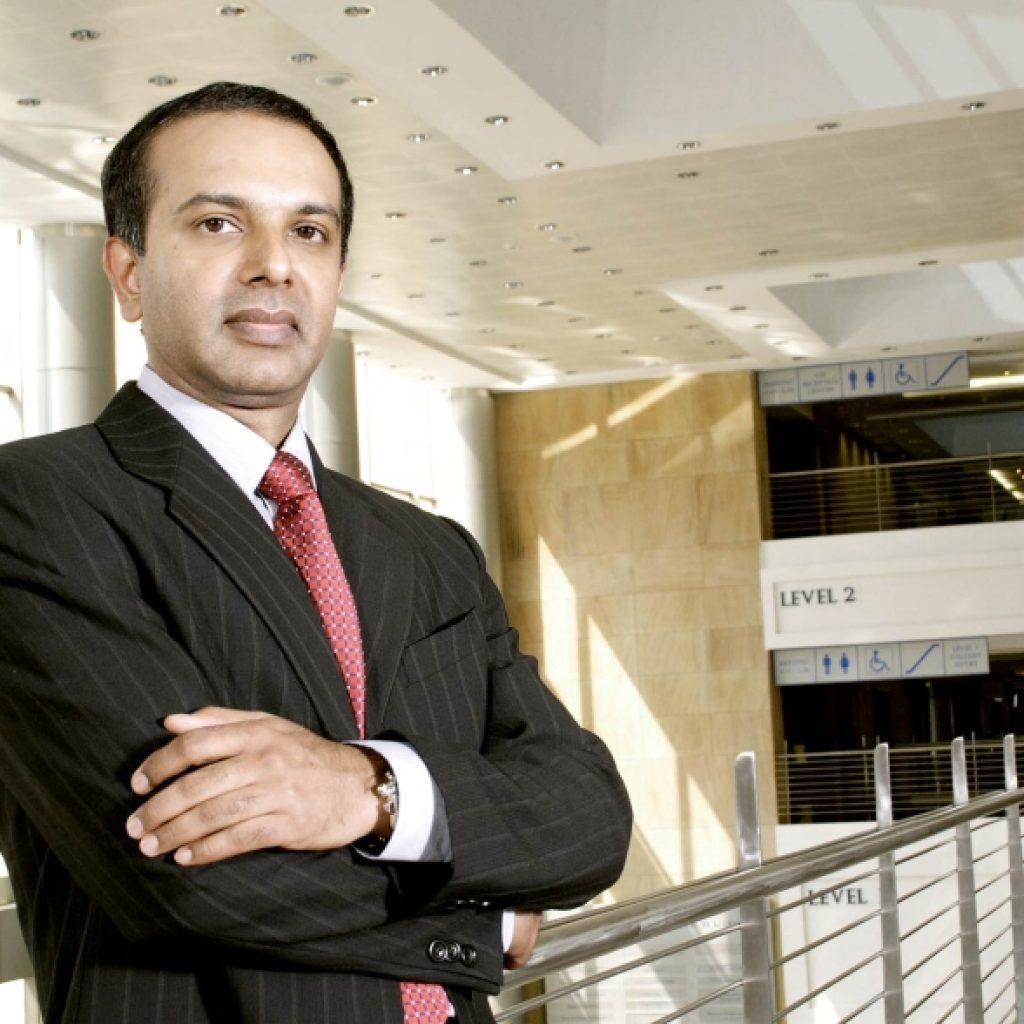 Wockhardt-DRL deal-This week the large transaction and a significant one in pharma space in the country has been Wockhardt selling its Baddi unit as well as 62 brands to Dr Reddy’s Laboratories for Rs 1,850 crore.

Habil Khorakiwala said, “It is an important transaction for us for several reasons. One is we are very comfortable in terms of cash flow and liquidity management with this transaction going forward. I feel the organisation should sit on cash which will help long term and medium-term investment required for growth and research. The second important aspect is that what we have divested is primary acute care business and what we have retained in the domestic market is fundamentally a chronic care business. Overall on a consolidated basis, it is only 15 percent of our total revenue what we have divested. We want to propel the organisation into relatively high growth areas.”

When asked about Wockhardt’s global footprint Murtaza Khorakiwala said, “We are moving into a higher area of growth, so if we look at next year, I believe that we are in the process of finalising the annual plans for the next year 2021. Our revenue and EBITDA that we have for the next year will be much higher than the revenue and EBITDA that we have for this year in spite of the divestment.”

He further added, “There are 2-3 important drivers of growth which I would like to just share. We see very good momentum in our biosimilar business in the next 2-3 years down the road in the ROW and the emerging markets so that will be a good driver of growth in the next year. Additionally, our pharma business, generic business is the UK and US will have the positive double-digit growth that we plan. In the UK we are among the top 5 generic companies in the UK, so we have a good leadership position in the UK. In the US we have a large number of new products that we are introducing from our third party strategy.” 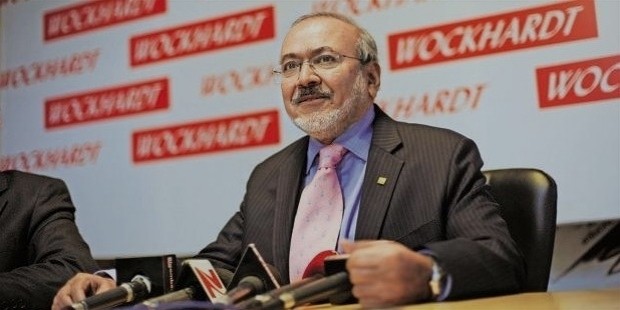 Talking about tax impact on deal and how this Rs 1,850 crore fund will be used Murtaza Khorakiwala said, “We have early estimates of the tax liabilities of about Rs 200 crore so out of the Rs 1,850 crore Rs 200 crore will go into that. So Rs 1,650 crore that is there and then we have a regular debt repayment schedule. So on an annualized basis, our debt repayment is about Rs 700-800 crore so that will be repaid from the current Rs 1,650 crore that is there.”

He further added, “A little bit of the initial cash will be used for working capital and getting the operational back on the fully optimal basis – that is an immediate requirement. There is a huge biosimilar opportunity that is emerging in the US for our insulin portfolio which Glargine, analogues and some of the differentiated portfolio and there is a total change in the US regulatory ruling in the last few months. As a result of that the biosimilar products that required a huge investment of about USD 50 million earlier, now the investment requirement is close to around USD 10 million and we have 3-4 products in that area where if we take it up one by one it can create a very nice portfolio of our biosimilar portfolio.”

While talking about pharma’s wish list from the government Habil Khorakiwala said, “I had a meeting with the Prime Minister about a few weeks back and one of the agenda of the Prime Minister was to propel export and grow growth of the Indian industry and one of the thought which we shared with him and I think that is very important is Indian pharma industry has been very competitive. How do you remain competitive, one of the important aspects is that we have to create an enabling environment for research and development (R&D). The tax incentive which was given is withdrawn, so the government needs to look at it very carefully. But equally important or even more important is the regulatory mechanism of a new science – our regulatory approach is not very enabling for research and development and that is a major change India should bring about to allow innovation in research and development to flourish in India. Indian industry will compete well.”

used to rely heavily on exports markets, especially distributor-led markets like US and Europe. The drug maker allotted much of its capital on those markets, where entry barriers are high due to stringent regulatory expectations.

But once it got a foothold, Dr Reddy’s reaped rich dividends as these markets follow generic substitution model, where it doesn’t require huge investments on branding, promotion and distribution.

The success in export markets meant Dr Reddy’s did not push enough in a branded generics market such as India.

However, with pricing pressure in US market on account of consolidation in trade channels, competition and regulatory uncertainties, Dr Reddy’s had to re-calibrate its strategy. The company began shifted its focus to the domestic branded formulation market.

The complexity of the domestic market is huge. It is a branded generics market, where hundreds of companies deploy thousands of marketing representatives to push their brands to doctors. Given much of the spend on medicines in India is out-of-pocket, the market is price sensitive, in addition to government drug price controls. But once brands are established it’s much more stable and sustained market.

As per their website, the company has a portfolio of over 300 brands spanning gastroenterology, oncology, pain management, cardiovascular, dermatology, urology, nephrology, rheumatology and diabetes.

And while it employs a sales force of 5,000 people to push these brands, only seven, including legacy brands such as Omez, Nise, Stamlo, and Razo among others have made it to top-300.

But Dr Reddy’s was never spoken in the same breath as some of its peers such as Sun Pharma, Cipla, Lupin, Torrent, Zydus Cadila among others, who all have get more than one-fourth of their revenues from Indian market. In contrast Dr Reddy’s gets about 17 percent of its sales from Indian market.
Domestic formulation business contributed Rs 2,620 crore of Dr Reddy’s Rs 15,385 crore revenues in FY19.

The company admits this, and it did try to boost its presence in the Indian market. Some years ago, the company undertook a major restructuring of its domestic formulation business, recalibrated focus from acute to chronic, and acquired a portfolio of drugs from Brussels-based UCB in April 2015.

Analysts say unlike previous attempts, Dr Reddy’s is making more concerted effort to expand in India and it had already started showing results. The company is growing almost double the growth of Indian pharmaceutical market (IPM).

“Over the last few quarters – 19.1 growth versus 9.8 percent for IPM, April-December 2019,” said HDFC Securities in its latest report.

But organic expansion wouldn’t be enough to break into top -10.

Realising this the company earlier this week announced the acquisition of select divisions of branded generic business of Wockhardt in India and few international territories of Nepal, SriLanka, Bhutan and Maldives. The portfolio includes 62 products and its line extensions largely in acute therapeutic areas. The acquisition also includes field force and a manufacturing plant in Baddi, Himachal Pradesh.

This acquisition would take India contribution to Dr Reddy’s total sales to more than 20 percent from 17 percent currently. Ranking-wise, it will help Dr Reddy’s to jump two places.

Dr Reddy’s paid Rs 1850 crores or 3.8x of the revenues that the Wockhardt acquired business is generating.

But analysts say Dr Reddy’s can do much more to unlock value of the portfolio than Wockhardt.

The sales of acquired portfolio declined 15 percent to Rs 377 core in nine months FY20, as Wockhardt wasn’t able to allocate capital given its precarious balance sheet, which Dr Reddy’s can do better.

“Wockhardt’s current EBITDA margin profile is quite subdued while balance sheet is stretched on account of high debt. Meanwhile, the company has kept a control on its SG&A expenses, which has trended down from 18 percent to 16 percent of sales over FY17-19. We suspect Wockhardt’s India sales have suffered as management resorted to aggressive cost control,” said Ambit Capital in its report.

Analyst expect Dr. Reddy’s to revive the growth of the acquired portfolio with improved serviceability of the products and increased spend on sales and promotion.

“DRL’s acquisition of Wockhardt’s key India brands is a step towards further de-risking the financial profile of the company. Domestic sales contribution goes up to 21 percent of overall top-line in FY22 vs. 12% in FY15), while we estimate EV contribution at 25 percent,” the Ambit report said.

Can Coronavirus Treatment be done in Ayurveda?