India’s experience in affordable healthcare is available for use to…

India’s experience in affordable healthcare is available for use to…

Indian Healthcare System will be a model for developing nations! 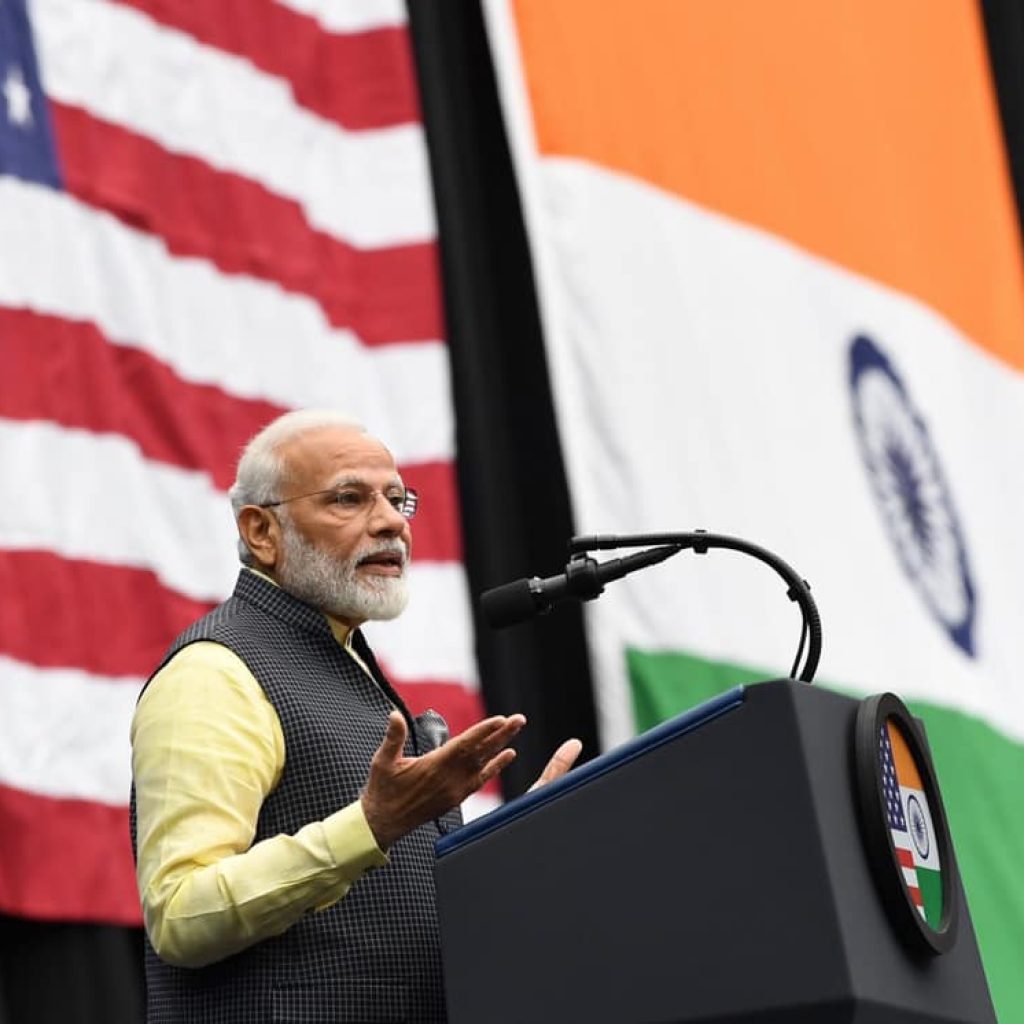 India’s experience in affordable healthcare is available for use to all developing nations: Modi

India’s experience and capabilities in providing affordable healthcare is available for use to all developing countries, Prime Minister Narendra Modi told the first-ever high-level meeting on Universal Health Coverage here on Monday

India’s experience and capabilities in providing affordable healthcare is available for use to all developing countries, Prime Minister Narendra Modi told the first-ever high-level meeting on Universal Health Coverage here on Monday, underscoring that a healthy life is the right of every person.

Addressing the meeting, Prime Minister Modi said, “Health does not simply mean freedom from diseases. A healthy life is everyone persons’ right.”

“The onus for this is on our government to make every possible effort to ensure this,” Modi said at the meeting, which will launch new efforts to provide access for all to affordable, inclusive and resilient health systems.

Modi said India’s efforts on affordable healthcare are not limited to just its own boundaries.

“We have helped to provide access to affordable healthcare by way of telemedicine to several other countries especially African countries and we will continue to do so. Our experience and our capabilities are available for use to all developing countries,” he said.

Modi began his engagements at the 74th Session of the UN General Assembly by addressing the Climate Action Summit hosted by Secretary General Antonio Guterres Monday in the General Assembly Hall. This was followed by his speech at the Universal Health Coverage meeting.

Modi told the world leaders and ministers at the summit that the global welfare begins with people’s welfare, and health is an important component of it and added that India has taken a holistic approach towards the health sector.

He outlined the four main pillars of healthcare that India focuses on.

“The first pillar is preventive healthcare. We have laid special emphasis on yoga, ayurveda and fitness,” he said adding that India is building more than 125,000 wellness centres and this focus has helped in controlling life style diseases such as diabetes, blood pressure and depression.

Voicing concern over the harmful effects of e-cigarettes, Modi said the “craze for e-cigarettes is a matter of concern for us” due to which India has banned the commodity to “save the youth from this very severe problem”.

The second pillar for India is affordable healthcare and under this the government has rolled out the world’s largest health insurance scheme- Ayushman Bharat. Under this scheme, 500 million poor people have been given the facility of free treatment worth up to 500,000 rupees every year and last year alone, 4.5 million people have availed of this facility.

Modi told the high-level meeting that India has opened more than 5000 special pharmacies where more than 800 varieties of vital medicines are available at affordable prices.

“The cost of stents for heart patients has been slashed by 80% and the cost of knee implants has been cut down by 50 to 70 per cent. Hundreds of thousands of kidney patients in India are also taking advantage of the free dialysis services provided by the government,”he said.

For India, the third pillar is improvements on the supply side and the government has taken several “historic steps” for quality medical education and medical infrastructure development.

Highlighting the fourth pillar of “mission mode intervention”, Modi said if mothers and children are healthy, this will lay the foundation for a healthy society.

“We have started the National Nutrition initiative in mission mode.”

While the United Nations has set a deadline of 2030 in its Sustainable Development Goals to ending the TB epidemic, Modi said the target year that India has set for itself to end TB is five years ahead of the UN deadline.

“We have set this target in mission mode in 2025. I’m fully confident that we will be able to achieve this target,” he said adding that a campaign has also been started against diseases that spread due to air pollution and through animals.

Modi ended his address with the Sanskrit saying, ‘Sarve Bhvantu Sukhin, Sarv Santu Nirmaya’ that translates into ‘wishing all happiness, wishing all a disease-free life.’

Govt. health policies in India shaping up the healthcare narrative

Today, India’s healthcare industry is one of the fastest-growing sectors and it is expected to reach $280 billion by 2020. The country is catapulting towards becoming a nation with high-end diagnostic services and tremendous capital investment for advanced diagnostic facilities for its citizens, thanks to the important initiatives introduced by the incumbent government in recent years.

Some major initiatives undertaken by the Govt which aim at providing accessible, cost-friendly and quality healthcare services to the majority of the citizens along with providing a holistic view of the health system in the country are:

– Pradhan Mantri Jan Arogya Yojana (PMJAY) also known as Modicare, was launched in September 2018, aiming to provide health insurance worth Rs 500,000 (US$ 7,124.54) to over 100 million families every year, and is already implemented in several states.

– In August 2018, the Government of India approved Ayushman Bharat-National Health Protection Mission as a centrally Sponsored Scheme contributed by both center and state govt. It aims at covering over 10 crore poor and vulnerable families (approximately 50 crore beneficiaries) providing coverage up to 5 lakh rupees per family per year for secondary and tertiary care hospitalization.

Under the Ayushman Bharat program, nearly 1.5 lakh primary health centers will be transformed as health and wellness centers by 2022. These centers will be equipped to provide treatment and care for several diseases such as high blood pressure, diabetes, cancer, and old age-related illnesses.

– Another important mission undertaken in full throttle is Mission Indradhanush (launched in December 2014) which aims to achieve at least 90% full immunization coverage of India and sustain the same by the year 2020. The ultimate goal here is to ensure full immunization with all available vaccines for children up to two years of age and pregnant women in both rural and urban areas.

When we discuss the healthcare narrative of the country, it is also important to highlight recent developments such as the decline in India’s maternal mortality rate (MMR), which dropped by 22%, to 130 (per lakh of live births), also referred to as a ‘groundbreaking’ decline by WHO. The Sustainable Development Goal target for MMR is 70, by 2030 which India expects to achieve within the next 3 years. WHO also recently commended India over its achievement of curbing the overall malaria score, thanks to a significant drop in Malaria in the state of Odisha.

These are all major positives to consider in a country with more than a billion citizens, where accessible health care in remote areas and effective diagnosis is of utmost importance.

Union Minister of Chemicals and Fertilizers, DV Sadananda Gowda, recently commented that the healthcare industry in India has been one of the country’s largest economic sectors with regard to both employment and revenue, and is expected to generate 40 million jobs in India by 2020. It is worth noting that two years ago, the Indian healthcare sector was the fourth-largest employer, employing 319,780 people.

Ministry of Health and Family Affairs has been given a push in money allocation in the last five budgets that have been presented by the Modi govt. With Rs 63,298.12 crore allocated to the health sector this year, the government once again hiked India’s health spending. This year’s allocations are a rise of 15.9% percent over last year’s budget, which showed a rise of about 13% over what was allotted for this sector in the year before that. 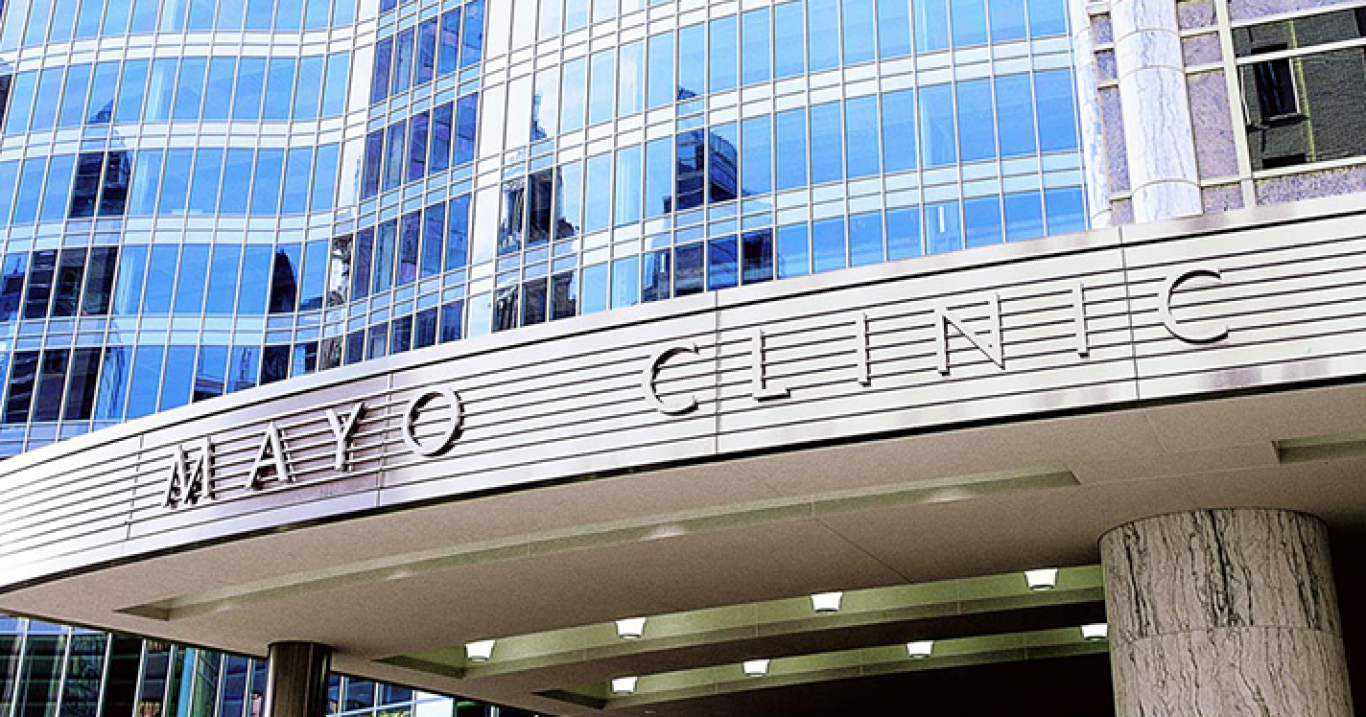 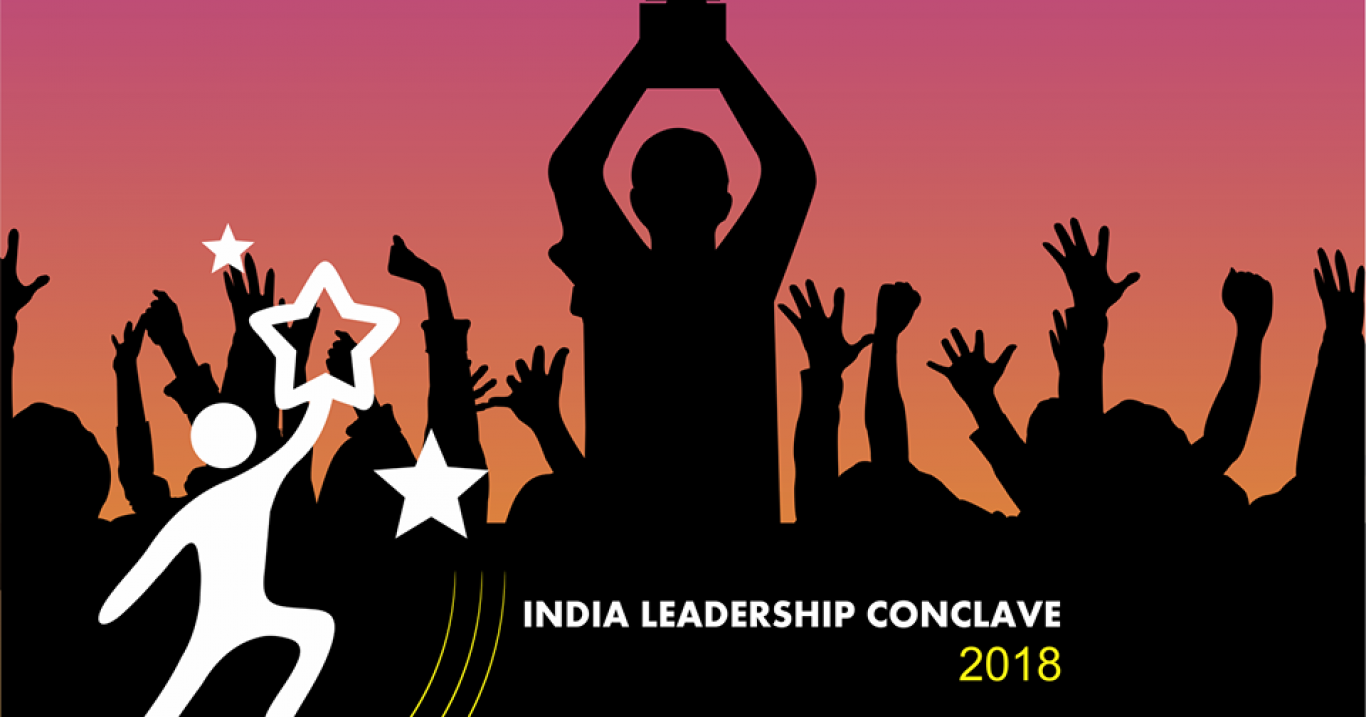 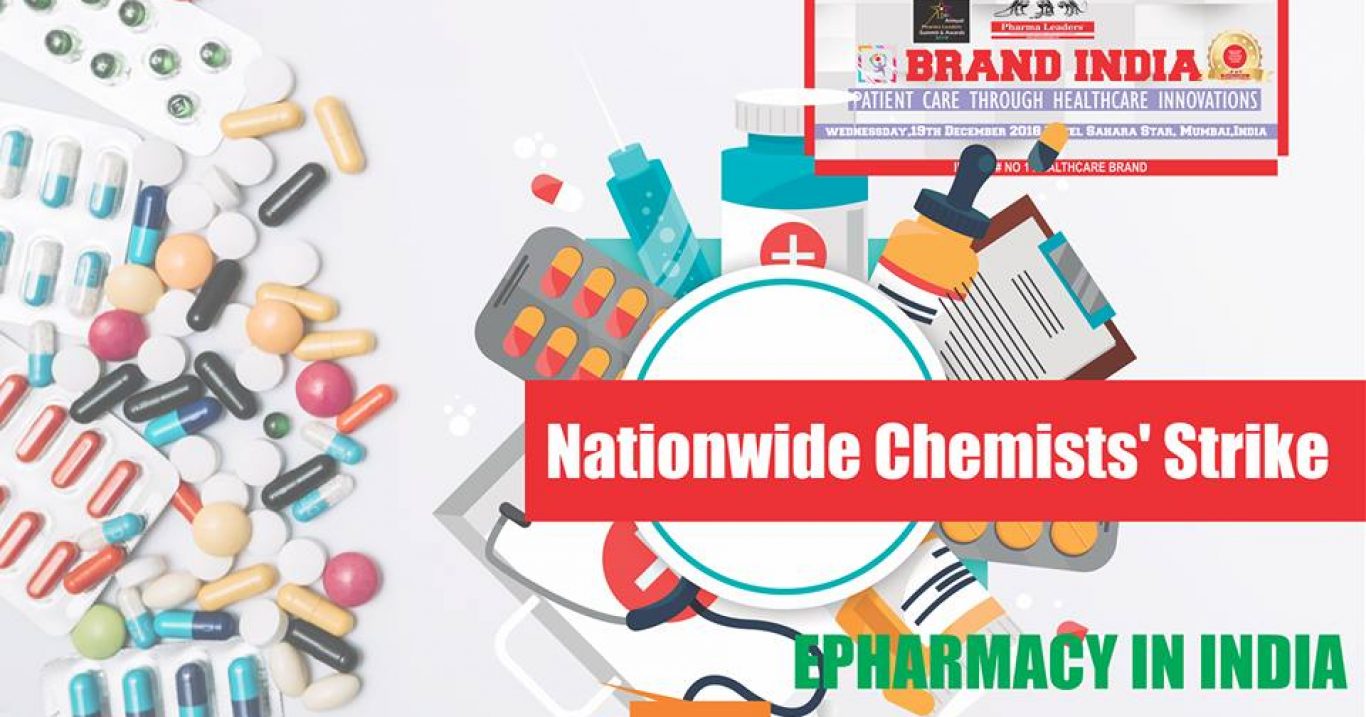 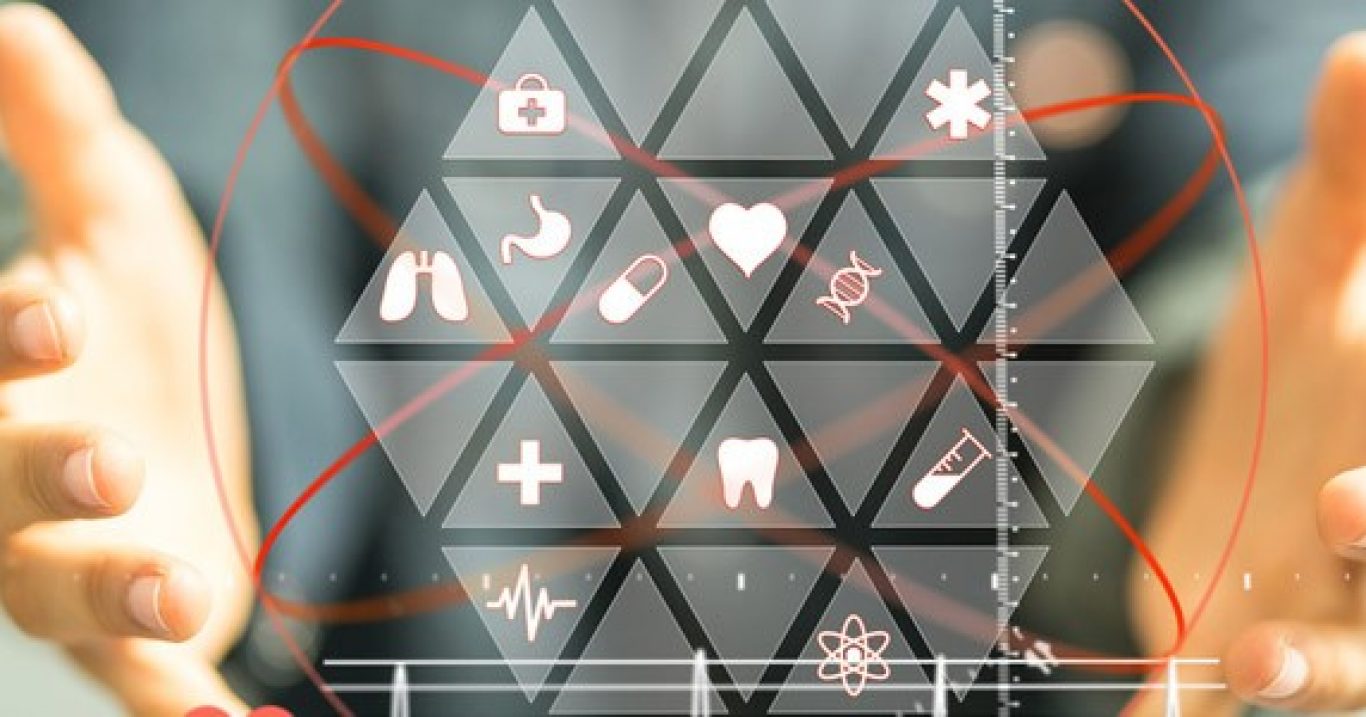